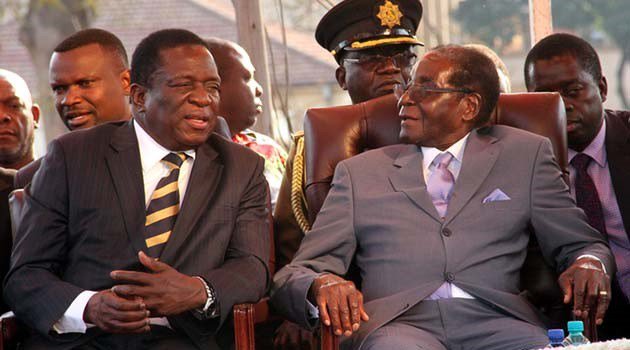 Q: Have you considered on behalf of Zimbabwe formally acknowledging what happened in Matabeleland? And even making an apology?

A: Not as an individual. Though the incidents, the commission or omission of that period by the government of the day, of that period, both are to the former vice-president, Joshua Nkomo, and the former president, Mugabe, they have pronounced themselves on behalf of the administration of the day, that it was a moment of madness. And as a result of that position we all came together, all sides came together, and agreed on the Unity Accord, and put this thing behind us. And any individual complaints or need for assistance can be treated that way. So that it can be attended to like any other citizen in the country. That will be done. We have passed the bill called the National Healing and Reconciliation Bill, that’s passed, I signed it into law. That will be a platform where these complaints or challenges can be addressed, and they were taking elderly people from the entire community, who are elderly, who can deal with these issues. And advise use precisely on these issues, this is how we can deal it, and how we can handle these issues. So, but overall we don’t want to live in the past. We can never go back to the past. We need, from the past we must carry on what is good. But never what is bad. We must promote that which is good and go into the future expounding on love, unity, hard work. That’s what we need now.

Q: But if you acknowledge the past, don’t you think that will make it even easier to move forward?

A: This is what I’m saying. From the past we must take the good that the past has in our history. And leave behind that which is bad. We don’t want that to be repeated, ever, this is what I am saying. You follow?