Matobo villagers in Matabeleland South Province have demanded; through a Motion presented to the Senate Chambers by their legislator Senator Sithembile Mlotshwa on 07 March 2018; that President Emmerson Mnangagwa honours the Constitution of Zimbabwe and ensure justice for rural peasants who were evicted paving way for the expansion of ARDA/Trek irrigation scheme.

“With the new dispensation that has ushered in V. P. Mnangagwa as the President now, he is the one who was involved and he knows the issue very well. He was the one who was visiting the ARDA/Trek every time. I hope that since he is the one to make the final decisions in this country, he will have pity on the plight of these people who do not have any piece of land to live on” reads part of Sen. Mlotshwa’s motion. 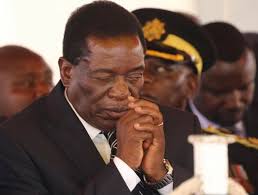 In the motion the villagers who are convinced they were deliberately discriminated because of their geographic location, note that their rights have been affected and therefore demand among other issues:

Matabeleland Institute for Human Rights supports the Motion of the Senator and the demands of the villagers and call on the Government of Zimbabwe to respect the Constitution and the rights of the people to personal dignity, access to agricultural land and right to shelter among others. This institute hopes the government will realize the need to address deliberate institutionalized discrimination of the people of Matabeleland by addressing this issue speedily. The organization further notes that the minority communities of Matabeleland continue to lose their ancestral lands through disguised government programmes such as land reform and government sanctioned business ventures.

One thought on “Matabeleland Villagers Challenge Mnangagwa on Land Issue”