Use of children as looting hands worrying

Posted on January 15, 2019 by Matabeleland Institute for Human Rights 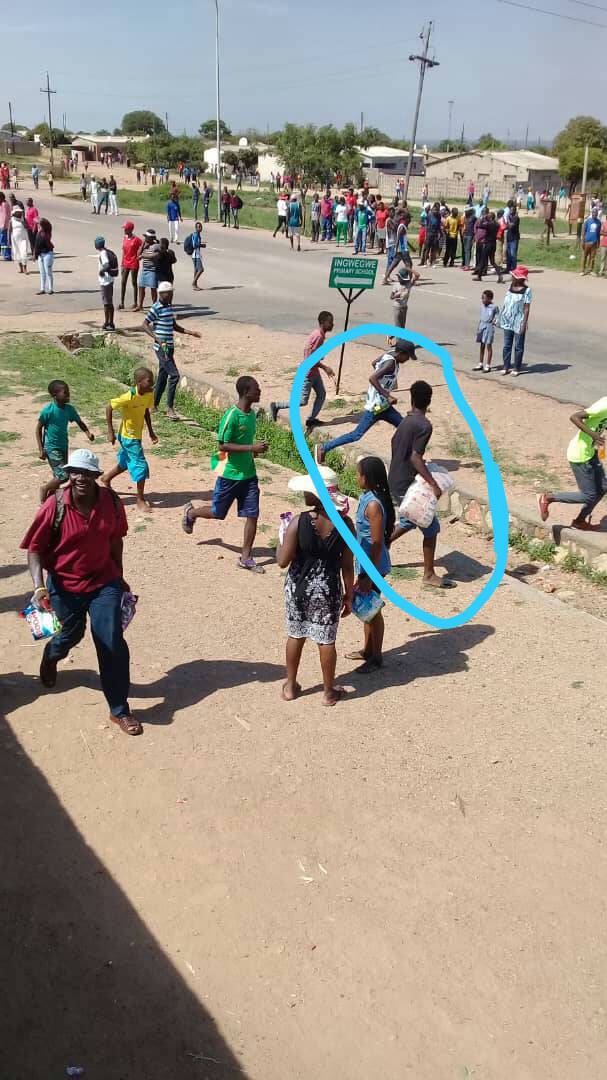 Matabeleland Institute for Human Rights is gravely concerned by the recent developments where children were used to loot shops in the western suburbs of Bulawayo during the violent protests that happened on Monday 14 and Tuesday 15 January 2019.

As a human rights watchdog we observed that in nearly all the suburbs and locations children were sent to loot or attimes made to assist adults loot the shops. We further observed that some adults were celebrating the looting by youngsters.

The Constitution of Zimbabwe in Section 19 clearly states that children should not be permitted to perform work or provide services that are inappropriate for their age and that place them at risk. Section 81 further emphasises that children should not be recruited into militia force or take part in armed conflict or hostilities and should also not take part in political activities.

We urge parents in Bulawayo to desist from using children not only in political actions, or actions that place their lives at risk but also in criminal activities such as looting of shops. Parents should know that according to Section 60 of the Constitution, they have the obligation to determine the upbringing of their children.

We further urge the Zimbabwe Human Rights Commission and children’s rights organizations to intensify public education on the rights of children especially regarding protests and political actions.