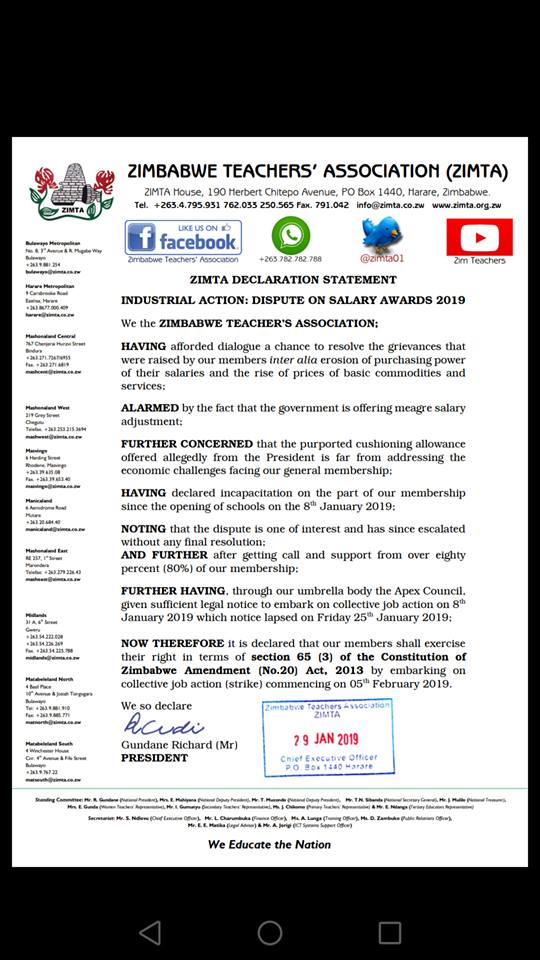 As the strike by Zimbabwean teachers is set to continue amid economic upheavals and government reluctance to give in to the civil servants demands, MIHR has established that rural students, followed by students in high density – low income urban settlements are the hardest hit as some have not been having lessons since the beginning of the school term on the 8th of January 2019. MIHR made a survey in some districts of Matabeleland North and South and parts of Bulawayo and established that in rural areas, some students have not had even a single lesson. Students in government schools located in the low density – high income urban settlements have attended some lessons whilst those in private schools it has been learning as usual. MIHR therefore calls on the government of Zimbabwe and the unions to settle the salaries issue for the best interest of the children. We wish to remind the government of Zimbabwe that the Constitution stipulates that on all matters relating to children the best interest of the children should be paramount. Therefore, the government should speedily consider the teachers’ grievances for the best interest of the children.