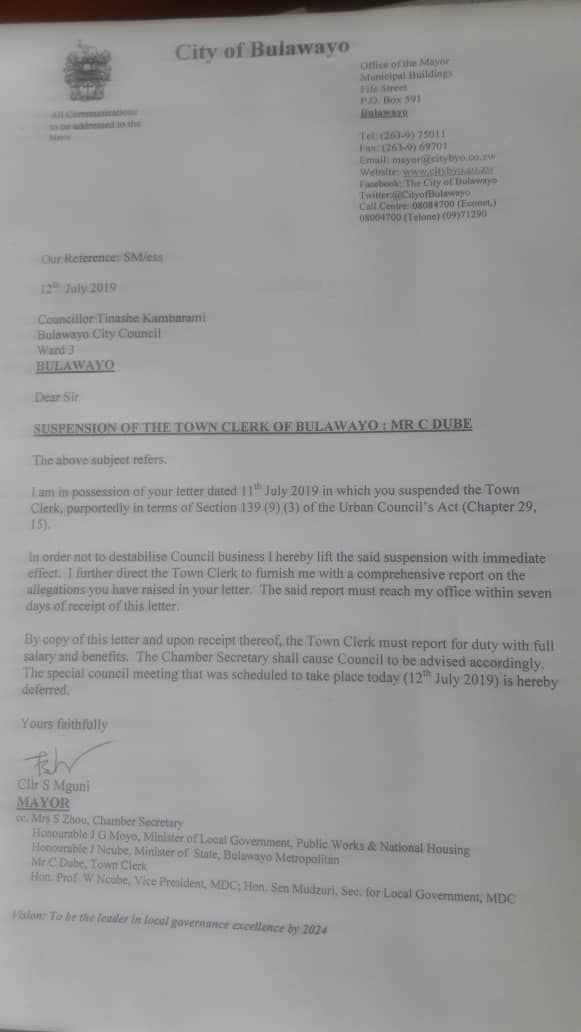 In a dramatic turn of events that is likely to spark a confrontational political warfare within the MDCA Bulawayo structures, Bulawayo Mayor Councilor Solomon Mguni today made a bold decision overturning the suspension of Bulawayo Town Clerk Christopher Dube which was done by Acting Mayor Tinashe Kambarami yesterday on Thursday 11 July 2019.
Mguni wrote to Kambarami and copied the Ministry and MDCA leadership.

The Mguni decision has not been taken well by the Kambarami group 2ho have vowed to keep the Town Clerk suspended arguing that Mguni is overstepping since he is on leave.

Mguni who has for the first time flexed his muscles as Mayor, also directed the Town Clerk to write and submit a report on allegations against him in seven days time.