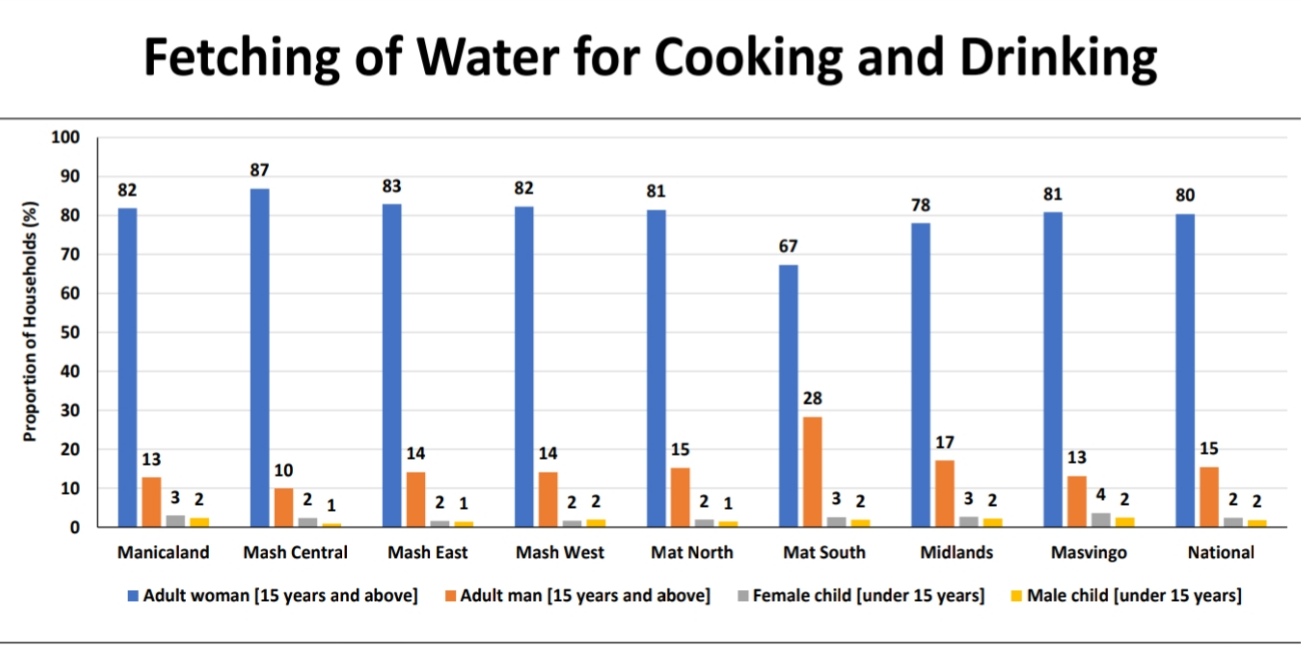 Whilst the role of fetching water for drinking and cooking purposes is generally viewed as a feminine role attributed to women and girls, Matabeleland South men have broken the trend and stood out as the most involved men participating in fetching domestic water.