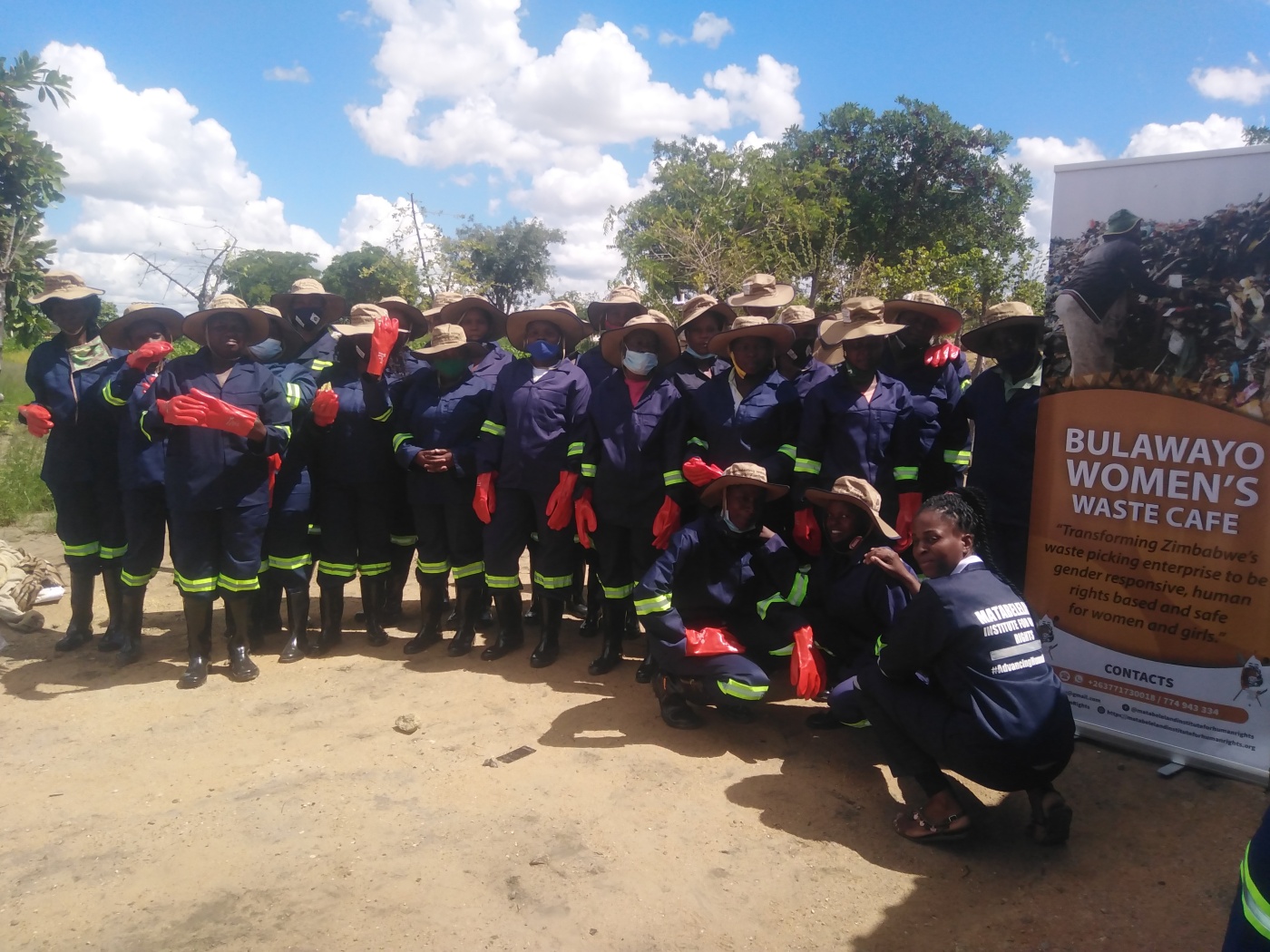 Bulawayo female waste pickers operating at Bulawayo’s Richmond Landfill Site (popularly known as Ngozi Mine) have taken a bold stand to defend their rights by mobilizing other waste pickers and nonviolently boycotting selling their stuff for a pittance.

On Thursday 02 June 2022, some female waste pickers mobilized other waste pickers (both male and female) to refrain from selling at exorbitantly low prices citing manipulation at a time when the Zimbabwe dollar value has been nose diving against the US Dollar.

The waste pickers who spoke to MIHR explained that buyers were buying at ZWL15 or ZWL20 per Kilogramme but that is extremely little considering that its the same price they bought at during the beginning of the year when the USD to Zim Dollar rate was 1:25 but now it is 1:60 at the parallel market rate. This means the buyers began buying at about US$0.06 to US$0.08 cents per KG and now as at the date of boycott they were buying for US$0.025 to US$0.033 per KG.

The waste pickers are demanding a 100% to 150% increase in prices in accordance with the spiraling inflation.

Matabeleland Institute for Human Rights began training and supporting 150 Bulawayo female waste pickers on human rights and gender concerns in year 2021 and the organization has helped the female waste pickers to find their voice and agency on critical matters affecting them.

The organization has been concerned by the gender divide between female and male waste pickers which has always fueled incidences of gender based violence in the waste picking sector. However, the latest incidence of finding common ground and uniting point is commendable and a sure sign of potential to bridge the divide and work together to transform the waste picking sector to be gender responsive and human rights based.

The organization will be monitoring the development and shall keep you updated on the progress.