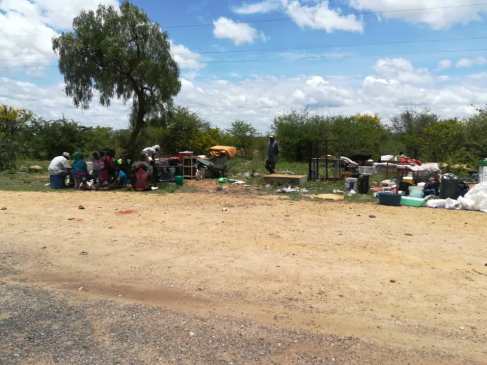 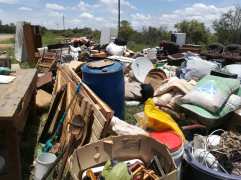 MIHR expresses it’s grave concern at the arbitrary eviction of over 80 families who were evicted arbitrarily at MacDonald’s bricks farm in Umguza district along Gwanda road just at the outskirts of Bulawayo.

The families that spoke to MIHR said they were given 2 days notice by the person who says he owns the place.” He came on Monday (07 January 2019) and said by Wednesday (09 January 2019) we should have left this place. Then on Thursday (10 January 2019) he came with a bulldozer and accompanied by ZRP who were armed with guns and had dogs and some we’re riding on horses. They destroyed our houses and nothing is left..” bemourned one of the villagers.

Another male Villager identified as Khumalo said he doesn’t understand why the excessive use of force and armed police in a country which is not in war and to people that were not fighting back.

The villagers spend the night of 10 January 2019 in the open and some say the new owner (identified as Nyathi) used a truck to remove their luggage and dumped them along Gwanda road.

When MIHR visited the area affected children who are supposed to be learning at Umguza Primary were playing not having gone to school.

Section 74 of the Constitution of Zimbabwe assures citizens of freedom from arbitrary eviction. It says “No person may be evicted from their home, or have their home demolished, without an order of the court made after considering all the relevant circumstances”

Currently the affected families do not have shelter, water, food and sanitation services. Children are being deprived of their right to education.

MIHR is also calling on human rights organizations to intervene and assist the families enjoy their rights and freedoms.