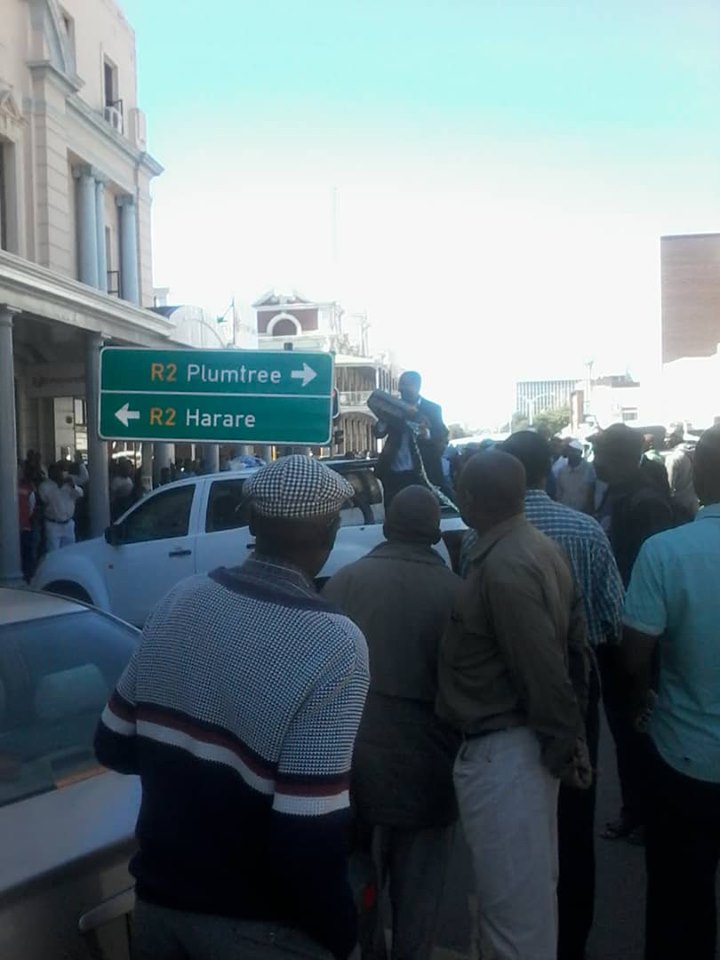 Outspoken Chief Khayisa Ndiweni has confirmed in his micro-blogging site Twitter that youths attacked him today in Bulawayo and tried to take away his official vehicle.

” Youths have attacked me in the Bulawayo CBD, The youths, moving in a party vehicle, wanted to seize my car saying they had been sent by party officials to retrieve the govt issue vehicle, forced to retreat after I sprayed the car with fuel, threatening to burn it.” wrote Chief Ndiweni.

Chief Nhlanhlayamangwe Khayisa Ndiweni has been openly challenging the Mnangagwa government on Gukurahundi, human rights abuses to people of Matabeleland. Recently Chief Ndiweni has been leading the #Save Ntabazinduna Mountain Campaign which is challenging the government decision to partition and resettle people on the historic Ntabazinduna mountain which carries the historical significance of the people of Matabeleland.