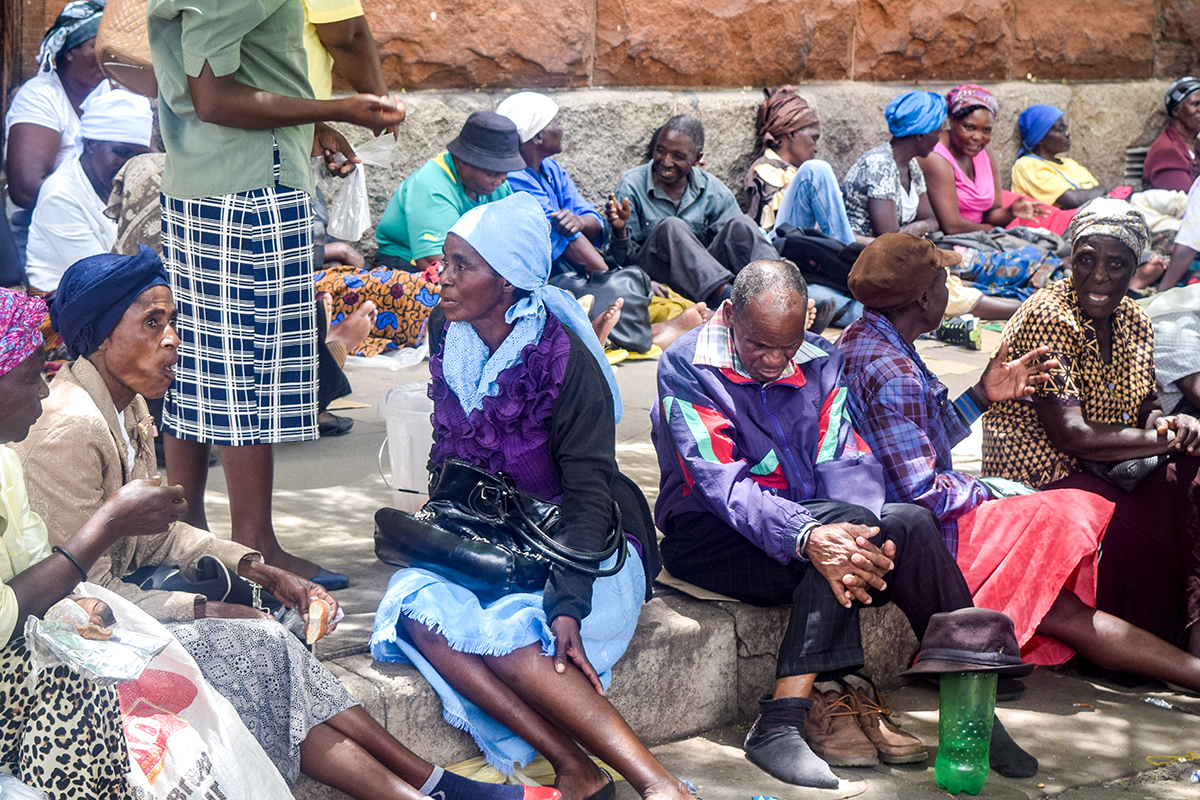 Evidence from COVID19 ravaged countries and health experts have shown that elderly people are the worst affected and the most at high risk of contracting the virus and also to experience critical symptoms.

As Corona virus pandemic percolates Africa, we ponder on the anguish and agony of Zimbabwean elderly people in dealing with the virus through the postulated preventive measures of good hygiene, physical distancing, and self-isolation for mild cases.

Firstly, most elderly people in urban areas of Zimbabwe are poor and survive on meagre retirement gratuities and paltry social grants. Most of these elderly poor are congested in old pre-independence, communal facility using and poorly ventilated single quarters like Minyela, Mabuthweni, Makokoba, parts of Mzilikazi, and Matshobana suburbs in Bulawayo. Most of these habitations are former mining or industrial servants’ quarters which were never meant to promote human dignity and are not even fit for poultry rearing. The housing conditions for poor elderly people in most of Africa’s cities is in itself a pre-condition that is dangerous for corona infections.

Secondly, to adapt and cope with physical distancing will be a desperate and painful quandary for most urban poor elderly people in Zimbabwe who frequent beerhalls to play darts, igwini (tsoro) and socialize in a bid to while time, distress and offer each other social safety and security. It is in these social circles that the elderly share information on pension issues, share support and advise on securing their wealth from corrupt officials conniving with housing estate agents. They also use these circles to organize and plan their sustainable burial societies. Physical distancing may work for the middle class and the youths who are active and socially connected on social media, but to older people who only know physical connection and who have grown up and lived a life of meeting person to person – it will be a mammoth task.

Thirdly, there is the concept of self isolation for those mild COVID cases. The urban elderly poor in Zimbabwe will not self isolate because their spaces of habitation as already described do not have the luxury of self space. How do you self isolate living as a family of 7 in a 3 roomed house. Secondly, our elderly people are accustomed to taking care of a sick relative, nursing them, checking their temperature with the back of your hand and attending to their daily needs. Now with corona virus, our elderly people have to content with having a child or grandchild who is sick but confined to their own space and taking care of themselves. This to many elderly will be tantamount to neglect and abandonment.

What then needs to be done to protect the urban elderly poor in Zimbabwe from corona virus, to ensure they understand physical distancing, self isolation, and other covid19 prevention measures?

(Matabeleland Institute for Human Rights is a nonprofit human rights think tank that exists in Zimbabwe to enhance the protection, promotion and fulfilment of human rights for vulnerable people and communities)